A downloadable game for Windows

Hey guys, I'm back with another Mugen collection! This is a sequel of Anime World Warriors X! If you don't know what a Mugen is, it's 2D Fighting Game. It has 57 characters with 3 Different boss battles and 7 mini-games also there are 23 stages. You can use a Controller if so desire and even Play With or Against Your Friend with local-co-op. Almost all these characters are from popular anime such as Naruto, Dragon Ball Z/Super, Bleach, One Piece, Fairy Tale and more! Some characters are harder to play than others but once you learn how to use them they can be very good. Sorry about the game size guys, it's about 1.3 GB. Feel free to add or remove characters and or stages to your liking. Will be adding more characters and stages later on.

(Must Have Unzipping Program)

If you want to play Versus with an AI simply select characters you want with Player 1 controls then Player 2 controls then, while In-Game press Left CTRL + 2 (Not NumPad)

To Install just combine data folders and replace all files (Link at the bottom of the page).

Cell Will Blow Up | Sawady

I understand you're using 4 of the most popular anime, no 5, but I recommend to add more like

1. Jojo's Bizzare Adventure (especially this one, I'm a big Jojo fan) (especially the crusaders, the Jojo's and Buccelati and his gang)
2. Maybe some guys from one punch man
3. Add like Madara or something

I'll let people who reply on this add more stuff, please, people continue this post, our goal is to make this the ultimate anime fighting tournament, give some ideas. Our goal is 100 Ideas I've already started on 3

But if you do plan on adding Jojo, I have a lot of ideas (by that i mean 2, but it contains a lot of text)

1. For Dio's "The World" he doesn't need the level up thing, he gets a rage bar. The more he takes damage the more the rage bar gets filled. and if it reaches a certain level, you can stop time, you can stop time and use road roller. During the regular time stop you can mostly do whatever you want, like punches and knifes but you can only do the road roller if you're on full rage bar and of course this road roller does so much damage.

2. For every character, there must be a little extra selection where, for example, Goku has SS, super SS and stuff, why not implement a little selection where if u select Goku you can also select the SS type, of course, I won't be saying this if it has no connection to Jojo, you can add a part 3 Jotaro, where his special ability is he stops for a few seconds and if the enemy attacks him Jotaro teleports behind the enemy and lands a barrage of punches (also known by the Jojo fans as "ORAORAORA barrage") there's also a part 4 Jojo who can stop time like Dio but soesn't need a rage bar, instead you can have the normal level bar. For the part 5 Jotaro who did absolutely nothing, I can only assume that he can stop time completely, but if he stops time he can't regain energy/mana/chakra whatever and the time stop will drain most of his energy, leaving him only enough for 2 barrages and a bullet throw before the player can decide whether to resume time or not.

where is eren titan???

We just love a good MUGEN,and this one is a good one.  Great work!

So many characters to choose from. And local coop is the best. We enjoyed it very much.

Here is a short video we made while testing the game:

You say that the game is moddable, are there any mods that you know of and how would modding it work? (If you have time to answer.)

The Mugen engine is very simple to use and anything made with it can be transferred to any game that uses it. So if someone a made a batman character using the Mugen engine that character can be put in any Mugen game.

Also uploaded it to Game-Jolt, maybe you will have better luck downloading it from there, (Comes with update) 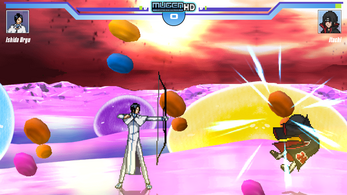 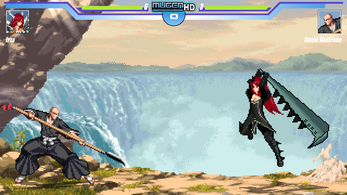 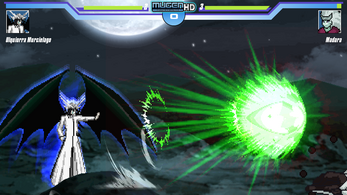 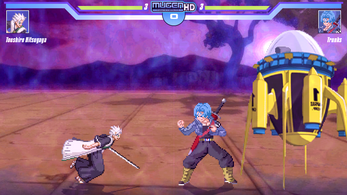 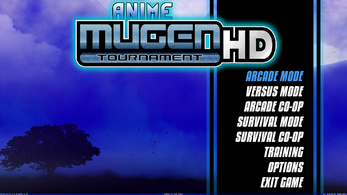 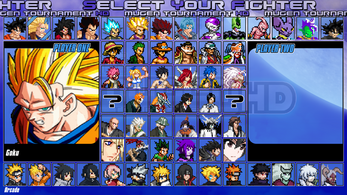